Rapunzel Ariel Black-Lee is the Head Coach for the Chudley Cannons (2085-present), a former Chaser for the Cannons (2067-2085), former Hufflepuff Quidditch Captain (2066-67), and (had she finished her magical education) a 2069 graduate of Hogwarts School of Witchcraft and Wizardry.

Rapunzel was born on July 30, 2051 to a Squib father and a Muggle mother. Her family, on her father's side, is distantly related to the House of Black. He, however, was disowned when he was discovered to be a Squib.

Rapunzel attended Hogwarts from 2062-2067 in the Hufflepuff House. She was the Hufflepuff Quidditch Captain from 2066-67 and led her team to a second-place finish, just behind the Ravenclaw team (led by her then-boyfriend and now-husband, Ryan Lee.)

She was drafted after her fifth year at Hogwarts and has been a part of the Cannons Family ever since. In 2085, after nearly 18 years as a Chaser, Rapunzel was promoted the Cannons' Head Coach.

Rapunzel is very friendly, slightly goofy, definitely fun-loving, and very ah...unique. She has also ben called 'crazy' and 'nutters' by her sworn enemies (cough Willow cough). She has a knack for handing out nicknames and still harbors a childhood desire to become a Professor or a Jedi Master after retiring from Quidditch.

Upon turning eight, Rapunzel accidentally levitated her mother in the middle of a fight. This outburst of magic led to her father revealing that he was a Squib--- a huge shock to Punz and her siblings, especially when they finally met her father's pureblooded parents. Upon further probing, however, she discovered that her father had always wished to fit in with his Wizarding family and was so longing for magical contact of any kind that he named all of his children after Muggle fairy tale characters. Rapunzel Ariel, who only received her first hair cut at the age 13, was one of these children.

The other Black children include Punz's Muggle older brother (Alexander), at least one magical cousin, and one younger sister who was also Sorted in Hufflepuff (Jasmine Aurora Black). Rapunzel has played Quidditch ever since she was eleven years old and made the Hufflepuff team on her first try. She has since played every Quidditch position, both professionally and amateurly, and her favorites are Seeker and Chaser. Her favorite subjects in school were Flying, Charms, DADA, History of Magic, and sometimes Potions. She was awful at Herbology and, try as she might, just couldn't seem to please the Care of Magical Creatures teachers at Hogwarts.

Hogwarts was, incidentally, where she met her best friend and first/only boyfriend, Ryan Lee. Ryan noticed her in Hogsmeade one afternoon and they quickly found that they had much in common, despite his being a year or two older. They hung out in classes, on the Quidditch pitch, in the fruit orchard... and pretty much anywhere underclassmen could go. The two dated on and off (very dramatically, as children do) right up until they were drafted into professional Quidditch near the end of their Hogwarts careers.

The two stuck together and decided to leave their schooling and friends behind in favor of Chasing (or Keeping, in Ryan's case) their dreams. Rapunzel had always loved the quirky history and underdog spirit of the Chudley Cannons, and it was a true stroke of fate that both she and Ryan were first-round picks for that team. The blonde became the Cannons' lead Chaser, and Ryan their Keeper. Together, the two have led the team to several championship and league/division titles. They like to think their teamwork, relationship, and fun attitudes have been the inspiration for the team's renewed success (along with having a great owner).

The couple got engaged in Paris, France in early summer 2078 and eventually had a spring wedding in 2080. The May 14 ceremony took place in midair, on broomsticks, on the Chudley Cannons' home Quidditch pitch.

Once a diabolical flirt, Rapunzel is now completely devoted to her hubby Ryan Lee. She is extremely loyal to all of her friends and is fiercely proud of the Chudley Cannons, even after (in the past, not since SHE's been on the team ahem) years of disappointing seasons. Rapunzel is usually good-natured and cooperative, although she's also ridiculously stubborn when she has her heart set on something.

She has an old but still hyper elf owl named Archimedes, a fuzzy yellow pygmy puff named Nacho, adores anything that is the color purple, has a knack for nicknames and remembering gossip, and also has a tendency to giggle loudly at inappropriate moments. Her aliases (read: nicknames) include Punz, Punzie, Pretzel, SuperPretzel, Zel, RAB, and a few other variations of the same.

Rapunzel and Ryan keep a low profile near Devon, England when not travelling with the Cannons. 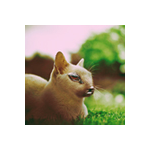 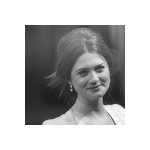 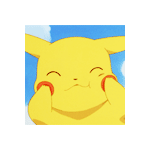